Tonight Coldplay and Jay-Z play their second sold-out gig at Wembley Stadium, however one question still remains – who is bigger Jigga Man or Coldplay?  Both Jay-Z and Coldplay are the kings of their respective genres with mass crossover appeal and critical acclaim, however who rules the roost… who should be kissing who’s ring on arrival?

I put them toe-to-toe, mano-a-groupo, and to be completely fair have rated them objectively (based upon the information available to me).  They’ll battle on 4 key issues; album sales, awards, great albums and No.1 singles.  At the end there will be no more talking because The King/Kings will have been crowned… Let the battle commence.

Round One: Album Sales

According to Wiki-Answers total album sales are as follows;

Even if we assume that does not include Blueprint 3’s first weeks sales that would put Coldplay some 4 million ahead. 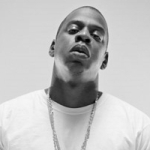 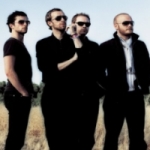 Nominations mean diddly-squat when we are trying to determine THE BEST, winning and ONLY winning counts.  Your ability to demonstrate your  superiority over your peers…  second counts for nothing – so awards nominations are not being counted.

To be fair and objective i’ve opted for the mainstream musical awards in the US and UK that both are eligible for and thats – AMAs, BRITs, Grammys, MTV VMAs, MTV EMAs…

This is where it gets a little subjective as I decide which in my opinion were their exceptional albums, the ones that are universally accepted as the best examples of their genre.

Coldplay have only had, in my opinion three exceptional albums; Parachutes, Rush of Blood to the Head and X&Y.  Personally I think Viva La Vida (or Death and All His Friends) was good, however not great.

Jay-Z is a workaholic and has more albums than Coldplay, so should be in good stead for this one.  Great Jay-Z albums in my opinion; Reasonable Doubt, Vol. 2… Hard Knock Life, Blueprint, Black Album.  His other albums have been good, however not reached the exceptional level showcased by the albums mentioned above

So in-terms of producing great albums 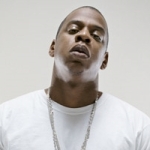 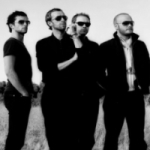 Round Four: No.1 Singles

The results to this surprised the hell out of me.  For US charts we only count Billboard Hot 100 because they compete in different genres.

Coldplay have only had one UK No.1 and one US No.1 and that was Viva La Vida in 2008.  Jay-Z similarly has only ever had one UK No.1 (the recently released Run This Town feat. Rihanna). He has had no solo US No.1’s.  I couldn’t believe it either.  However if we factor in his collaborative No.1s then he’s had 3 in the US (Heartbreaker, Crazy in Love and Umbrella) and a 3 in the UK (De Ja Vu, Crazy in Love and Umbrella).  If we give him half a mark for each of those the final scores are

We have a tie. DAMMIT… we must have a winner!  Its gotta come down to the girlfriends…

There you have it, debate settled, Jay-Z is bigger than Coldplay… because of his girlfriend (who is probably bigger than the both of them).