No intro, no caveats, these are my choices from the last ten.  Let’s Go!

Her final studio album was arguably her best.  It did not shy away from difficult subject matter (namely domestic violence on Never No More) and is still the benchmark most contemporary R&B strives for today.

OK, so he p*ssed me off when his played the Jazz Cafe in 2008… still I cannot deny the sheer greatness of this neo-soul masterpiece.

Jigga’s second best album was still shades ahead of the majority of hip-hop then, still is now and will be for sometime (even if Em did kick his ass on Renegade).

Every rapper talks about ‘changing the game,’ Kanye actually did it with this record.

Why on earth some of the best British talent has to go stateside to get a hearing I’ll never know, all I do know is I am glad Floetry did – neo-sublime.

This is an album written by a broken man, and you probably won’t get it until you too are broken in pieces – only then does it all make sense.  Breathtaking.

Honest song-writing, and cheeky beats made for a quintessentially British soul album that was just good music, pure and simple.

I cannot explain what makes me love this album as much as I do; its carefree nature, the retro sounds… I don’t know.  All I do know is it’s f***ing awesome!

This album reinvented folk music, giving it life and energy and taking into the next millennium – a unique interpretation on a time old genre.

Most ‘experimental’ hip-hop albums fail.  This on the other hand was a monumental success and confirmed The Neptunes one of the great production teams of our time.

The best example of what happens when hip-hop and soul music fuse as one.  Essential listening, as any record boasting Jill Scott, Eric Roberson, J-Live, Shawn Stockman, to name a few, should be.

This was the album to capture the feelings and tell the stories of an entire lost generation of urban dwellers.  The quasi-spoken word flow made it all even more relevant.

A soulful house masterpiece and it captured everything these great producers stand for, from Latin beats to uber-chilled melodic vocals (and a moving outtro).

Rasised by Wolves is a simply amazing EP. Period.  It gave this band somewhat of a indie-cult status and should have been heard by so many more people.

If it we not for this album I would not even be listening to Indie music.  Aggressive, bold, exciting, with a rare ability to transcend genre.

When UK Garage was at its height and the music-snobs were saying it lacked ‘merit’ MJ Cole turned around, put two fingers up and dropped a slice of genius on them.

This was the album to give Outkast the wholesale acclaim they deserved.  In essence two solo albums, they complemented each other perfectly; Big Boi’s bravado vs. Andre 3000’s psycadelic heartache.

One of the hidden treasures of my record collection and it always surprises me how good this album is.  It shouldn’t be this good… but it really is no matter how much I try to pretend it isn’t.

I cannot find fault in this album.  While not the cult classic of The Tipping Fault it is an exceptional piece of Hip Hop; strong beats, stronger lyrics – Black Thought, Top 10 all time?

Potentially my favourite album of all time – neo-soul at its most intoxicating.  If you don’t own this already, but it now… it will change your life!

Critics went crazy Grey Album while the Hip-Hop community was fairly lukewarm on it.  This album, mixing Jay-Z with Coldplay is everything the Grey Album was and 25x more.

This album sparked a genre of music and one of the best expressions of neo-soul to date.  Warm and tender, like a loving embrace on a cold winter’s night.

Most artists suffer from the sophomore album curse, however Luda’s 2nd album is still his best work to date; obnoxious, chauvinistic, rude and all with his tongue firmly imprinted in his cheek.  Rap the way it should be.

Yes, Parachutes was a subtly beautiful album, and Rush of Blood… sold truck loads, however it was while listening to X&Y that goosebumps on my cheeks.

I tried my hardest to not put two Roberson albums on this list… however The Vault 1.5 and …Left are amongst my all time favourites.  …Left took Roberson’s sound in a more R&B direction and was  sensational (buy this one too!).

Ps. Braveheart Party! No great album can include a song that bad.  Period.  This should not even be a discussion. 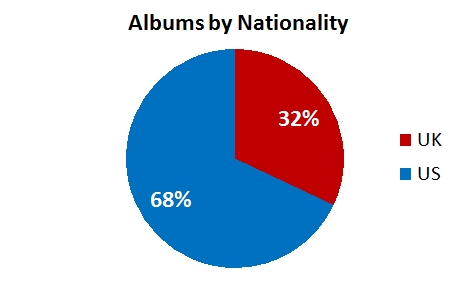 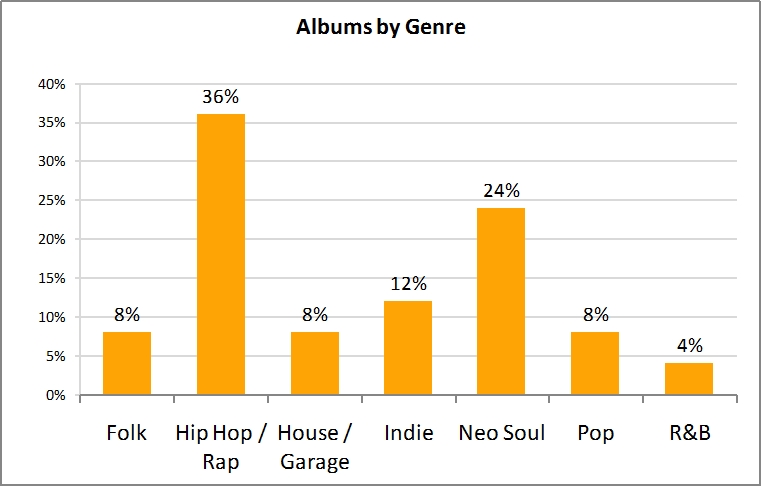 A soulful house masterpiece and it captured everything these great producers stand for, from Latin beats to uber-chilled melodic vocals (and a moving outtro).

2 thoughts on “My Thoughts… My Favourite Albums of the Decade”