I’m sorry… I was expecting a poor show and you let me down.  I was even sat in Pizza Express (classy I know) eating dinner before the gig thinking about the different ways in which I could poke fun at you.  Now I feel lke an idiot… please accept my apologies.

All jokes aside, music critics had gone crazy about Ellie Goulding yet upon hearing the album I had no idea what they were on about; she just seemed like another Pixie Lott to me… oh how wrong I was, after seeing her show I fully get it.

I have no idea where she pulled it out from but the show was really really good.  On stage with her band was a far cry from radio station Ellie, it was mature, the bass sounded round and her voice was impassioned.  This was by no means the lollipopfest I was expecting.  It was more wholesome, far more Two Door Cinema Club, than Pixie Lott.  I’ve been trying to pick holes, trying to pretend I did not enjoy it as much as I did but I can’t.

The music grew up on stage, her next single Guns and Horses was by far the best song of the night and would have sat perfectly on any fanboys iPod; at times I had to pinch myself to believe it was her.  Her cover Midlake’s Rosco was fun and another highlight, Biggest Mistake (lovingly introduced “everyone writes songs about mistakes so I thought I’d just name it ‘Biggest Mistake’), was a shock to the system because on the album it sounds dull and boring yet live it was full of vitality.

Ellie herself seems like a lovely girl, very shy yet sincere in her words.  When she said it meant a lot to her we all came out, I actually felt like she meant it.  I wanted to run on stage and give her a hug.  She ended the main set with Under The Sheets which led to a surreal moment as her and the band flew off stage in the blink of an eye and a flash of light.  No was sure what to do; cheer… stand in silence… heckle… so after a minute or so of random noises she came back out for an encore and to close the show.

OK, so I could diss her for The Writer which sounded a bit plain in comparison to the life she breathed into every other record on the album.

The set did not drag either; she had everyone dancing from the start, then head bopping.  When the electro-indie got a bit tiresome she flipped it and slowed everything down before ramping it up again.

I don’t whether it was because my expectations were so low, or maybe the waiter sneaked something onto my Pizza but I really enjoyed last night.  Ms. Goulding, I’m sorry for doubting you and I’m gonna have to save all those sly insults from someone else because right I only have nice things to say about you.

If like me you searched out Ellie because of the hype then thought nothing of album (outside of one or two tunes being ‘ok’), make sure you catch her live because it will all make sense.

Ps. Two good shows on the trot, feeling good, roll on next week! 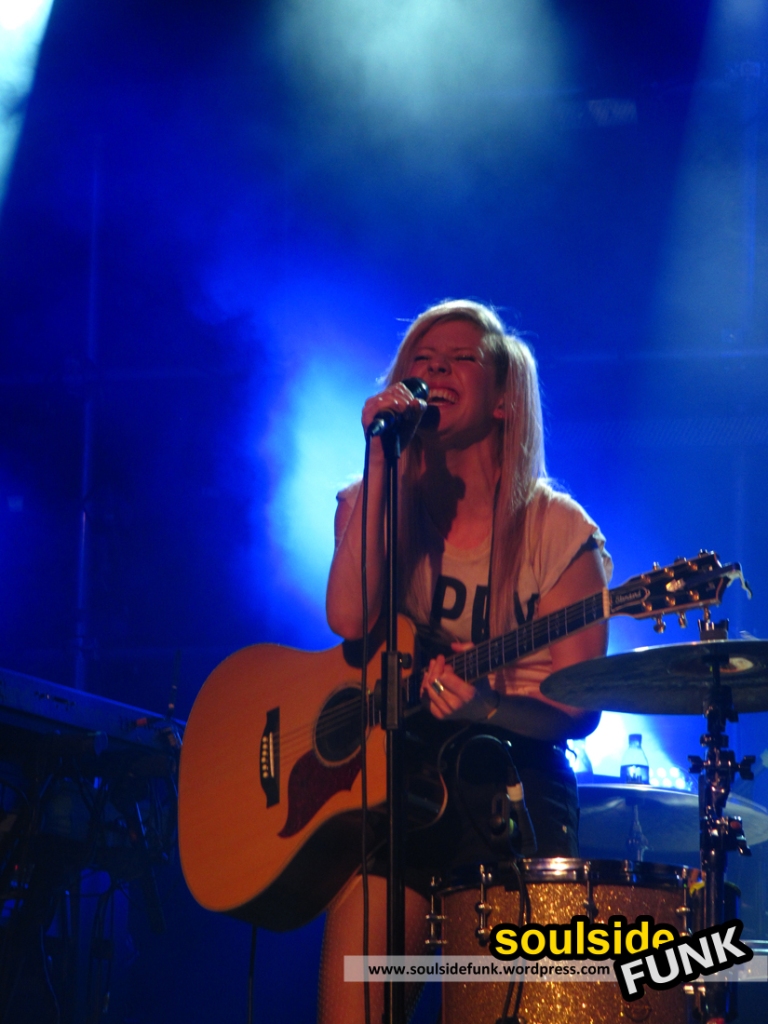 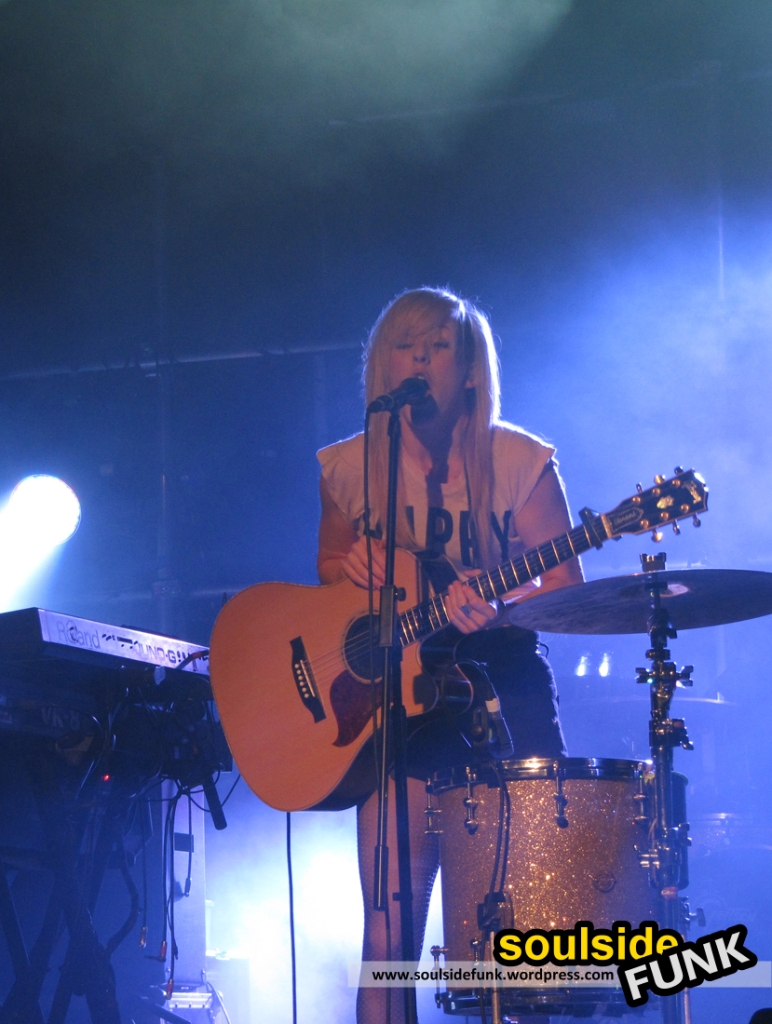 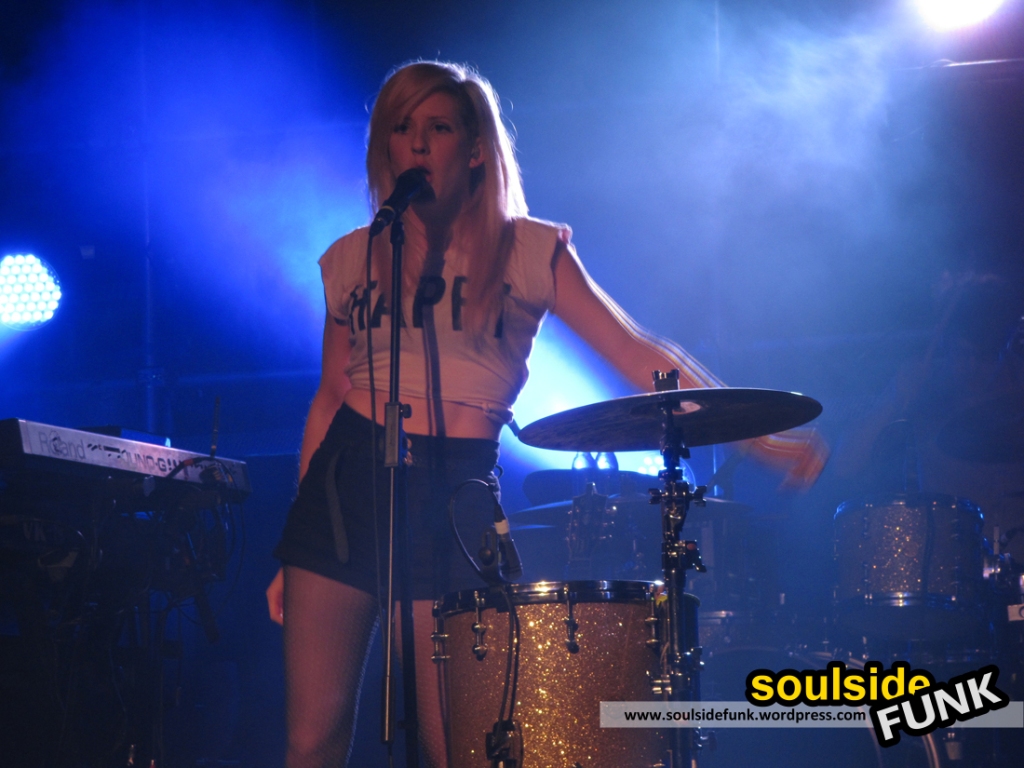 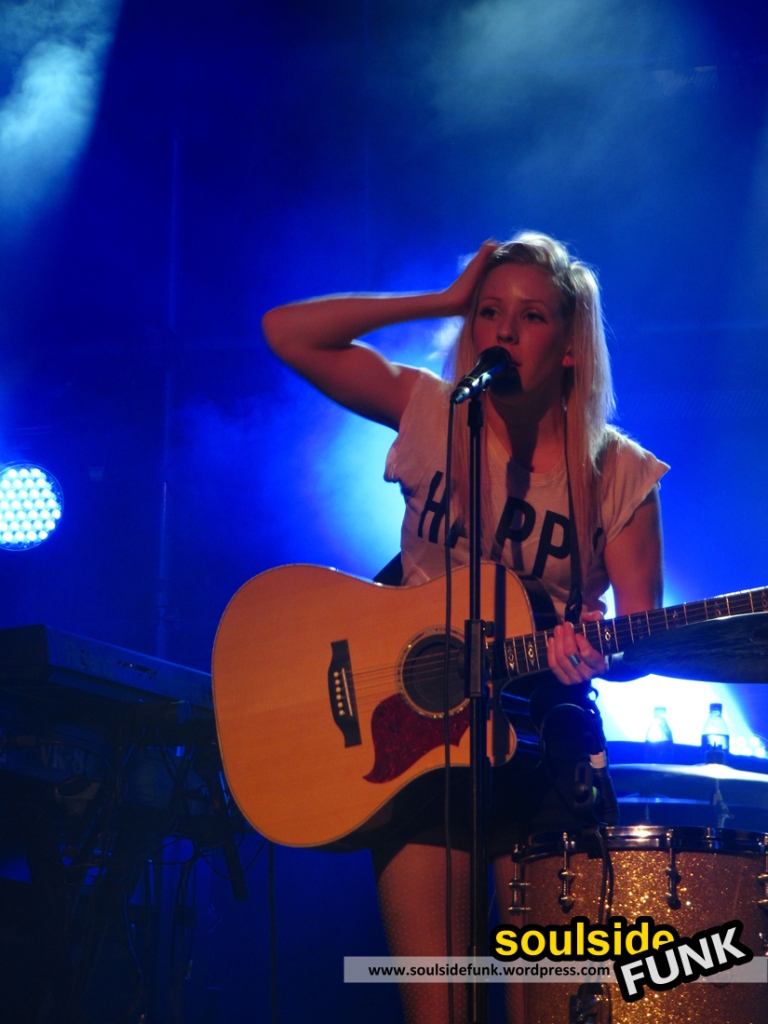