Zarif is back! Released from her contract last year, the soulful Scottish-Iranian pop singer disappeared for a little while.  The, this summer she returned to release her album, Box of Secrets, independently.

Last Thursday evening she played the Station Sessions at St. Pancras and instantly reminded me of all the reasons I love her.  The colourful clothes, the humongous cheeky smile; she has an aura of happiness which is reflected in her music.  Take the song “Over”, for example, it is the most cheerful break-up song ever.  There is no sense of bitterness at all (just a filling dose of sarcasm).

Her jaunty set was infectious.   The coziness of the Station Sessions made for more clear and subtle acoustics – nothing distorted.  The music was thinner, less bells and whistles, and sounded better for it.  Zarif is at her best in these settings (an acoustic gig she performed in early 2009 still sits as one of the highlights of the year) as she can dominate proceedings.

Zarif was good, getting quite a few surprised commuters clapping away (and continuing to sing while a burly old man told her to “turn it down” – obviously oblivious to all the people watching her perform), however the show was stolen by the cutest baby ever who stomped and danced her heart out through the entire half-hour set.  She couldn’t be stopped, and even stared Zarif down each time the music stopped or slowed down.

A few things have made me really happy this year; meeting my gorgeous girlfriend, Cesc Fabregas staying at Arsenal… I think I may add Zarif coming back to that list too (…ok, it hasn’t made me that happy, but still pretty darn happy!) 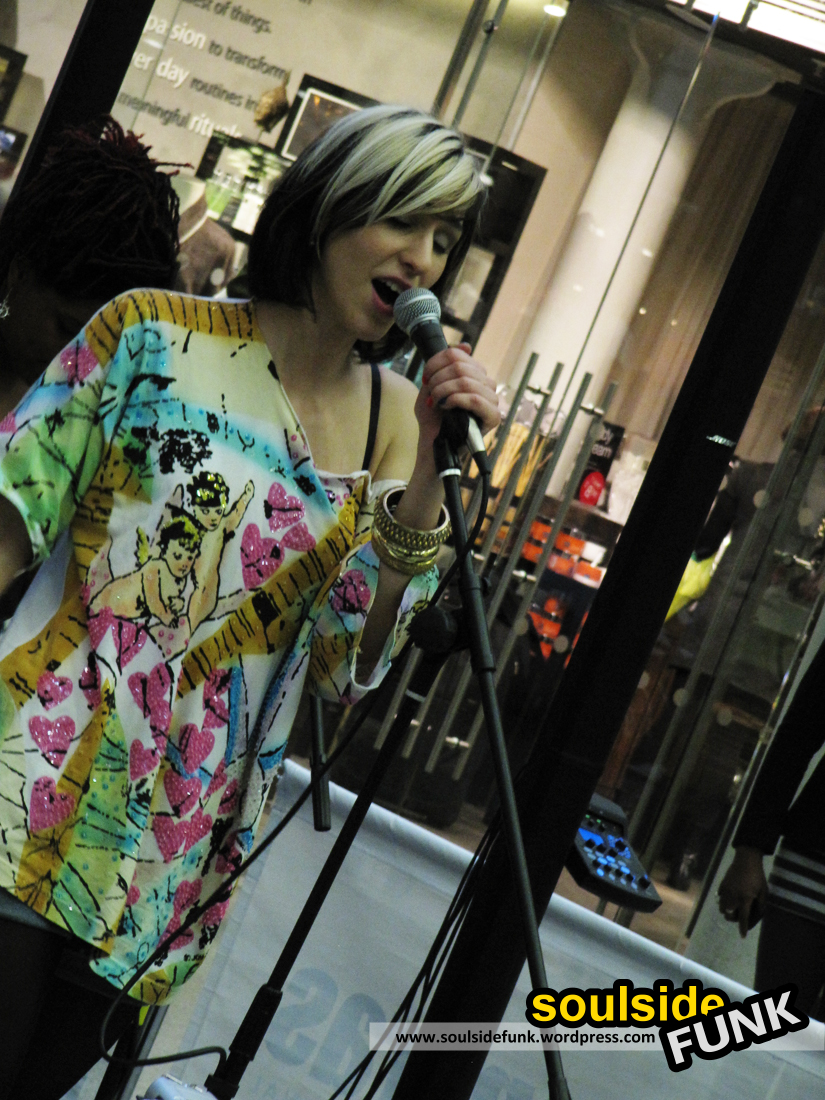 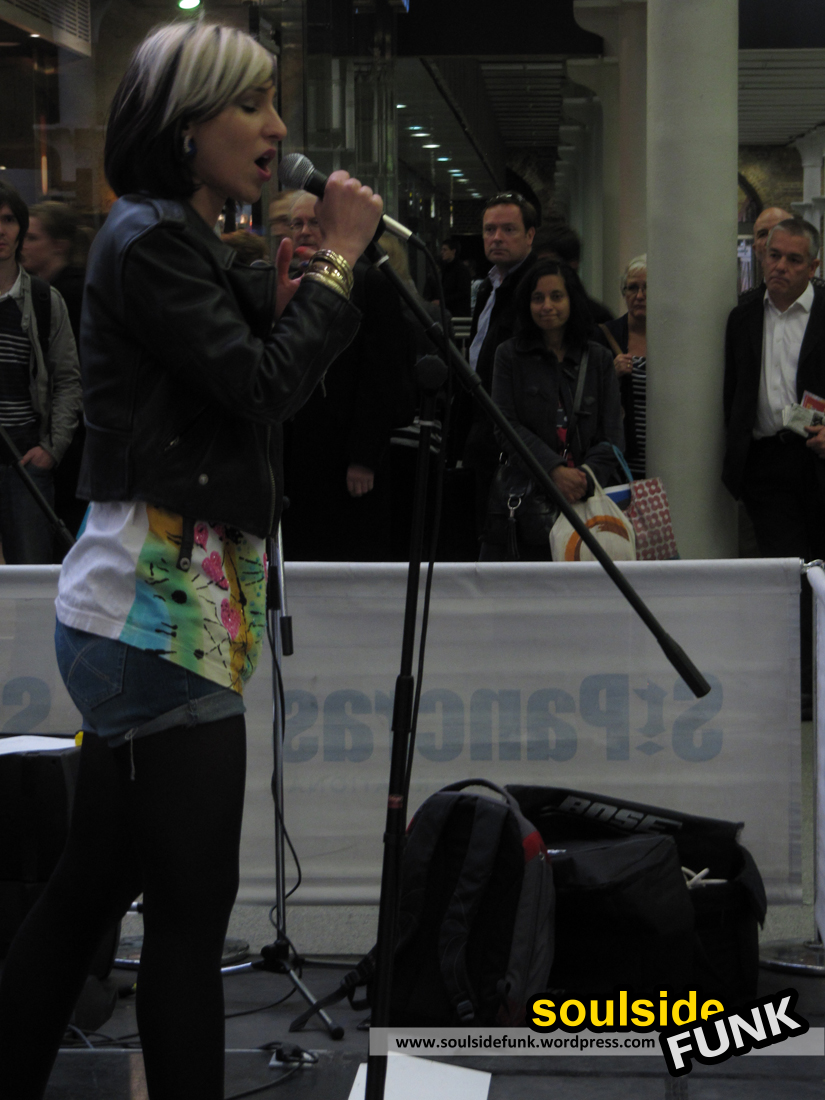 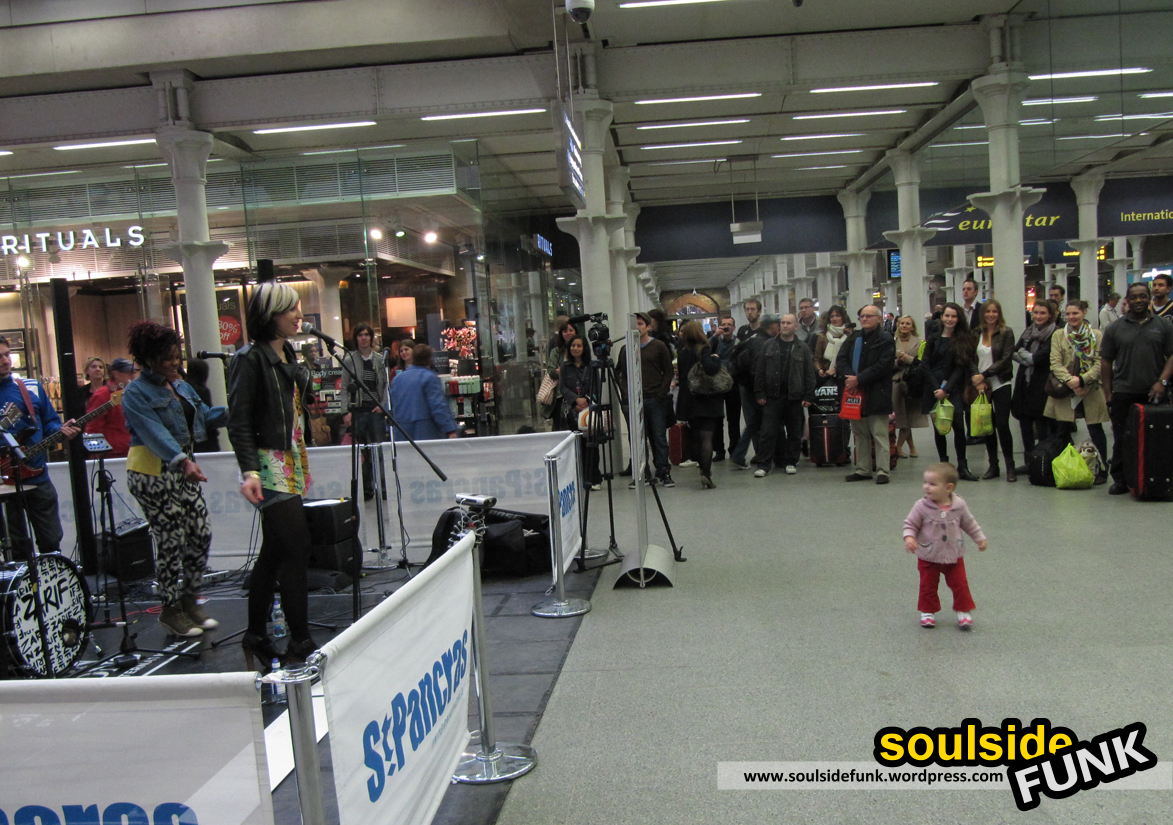