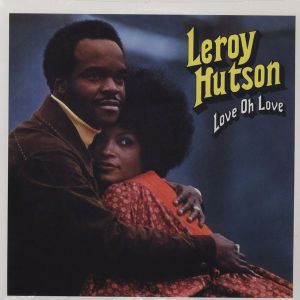 Leroy Hutson – So In Love With You

I have been listening to a lot of seventies soul recently.  One of my recent discoveries is a fella called Leroy Hutson.  He seems to have been one of the forgotten artists of the seventies, much of his music still waiting to be transferred to CD or even be made available for download.

Luckily, his 1973 debut album, Love, Oh Love has made the transition and it is all the things I love about the era’s soul music; heartfelt lyrics and instrumentation so thoughtful and moving it heightens every emotion the singer is trying to convey.  It makes many of today’s producers / song writers look lazy.

This record was the first song he released, and how it has remained relatively unknown is astonishing.  It’s one of those records that makes you think about the one you love and makes you want to be with them instantly, whispering sweet everythings in to their ear… I see a fireplace too!

I loooooove this record.

…for an encore try