The Bedford in Balham is a beautiful venue.  It’s small and rustic, reminiscent of Shakespeare’s Globe with vantage points stretched all the way round its aged wooden frame.  It’s the kind of venue gig goers and musicians romanticise about and from the moment the show kicked off, when The A Team flowed effortlessly in to an energetic rendition of Homeless I knew I may just fall in love with this gig.

It was a musical rush of emotions – exciting yet tender.  It’s been a few months since I last saw Ed play properly and he has definitely built on improved what already was stellar show.

The introduction of his band in to the mix, “The Remedies”, has added a whole new dimension.  It was always going to be a risk working a band in to a set that has been built around one man, his loop pedal and a guitar.  The risk was defiantly worth it because it created a conveyor belt of styles, and made for an even more engaging and enjoyable gig.  The City and You Need Me being the winners with a new found oomph and danceability provided by the energy and fuller sound.

The band though has definitely not taken over.  When just a guitar a needed, just a guitar is used.  A new song, Wake Up, was the perfect example.  An charming song about being in love – it easily could have been played a la band, however acoustic it allowed people to soak up the fun lyrics and get lost in the moment.

Sunday night felt like a little of a thank you show for the fans he’s amassed throughout his time in London.  Like a family gathering between long lost relatives; he dusted off old favourites, played new songs and told stories in between.  Leddra Chapman joining him to sing a few songs from the Songs I Wrote With Amy EP, added to the warmth and welcoming of the hour long set.

For the finale, and after a cameo from the very talented Random Impulse, Ed borrowed from the major musical influence on his career, Nizlopi.  He went down in to the crowd, invited Leddra along, and they stood on chairs (an improvement on the Nizlopi trait of standing on the floor) to sing two of his most beautiful songs, She and Sunburn, completely unplugged.  The sparse sound hummed around The Bedford enticing lovers to cuddle that little bit closer….

The whole night he had the crowd in his hands, near silence during the slow songs and riotous cheering during the lively ones.  He was performing like a seasoned pro many years his senior.  Consistency is a difficult thing to achieve, and Ed certainly has a consistently high standard for his shows which is an incredible achievement, especially for someone who is still doing it all on his own.

Earlier on someone yelled out, “why on earth are you not signed”, it was almost like pantomime when someone else (probably his manager) shouted “blame his management!”

All jokes aside if the curtains come down on 2011 and Mr. Sheeran does not have a record contract to his name, it will make a complete mockery of the “so called” British music industry.  I’m still rooting for the good guy with scruffy ginger hair! 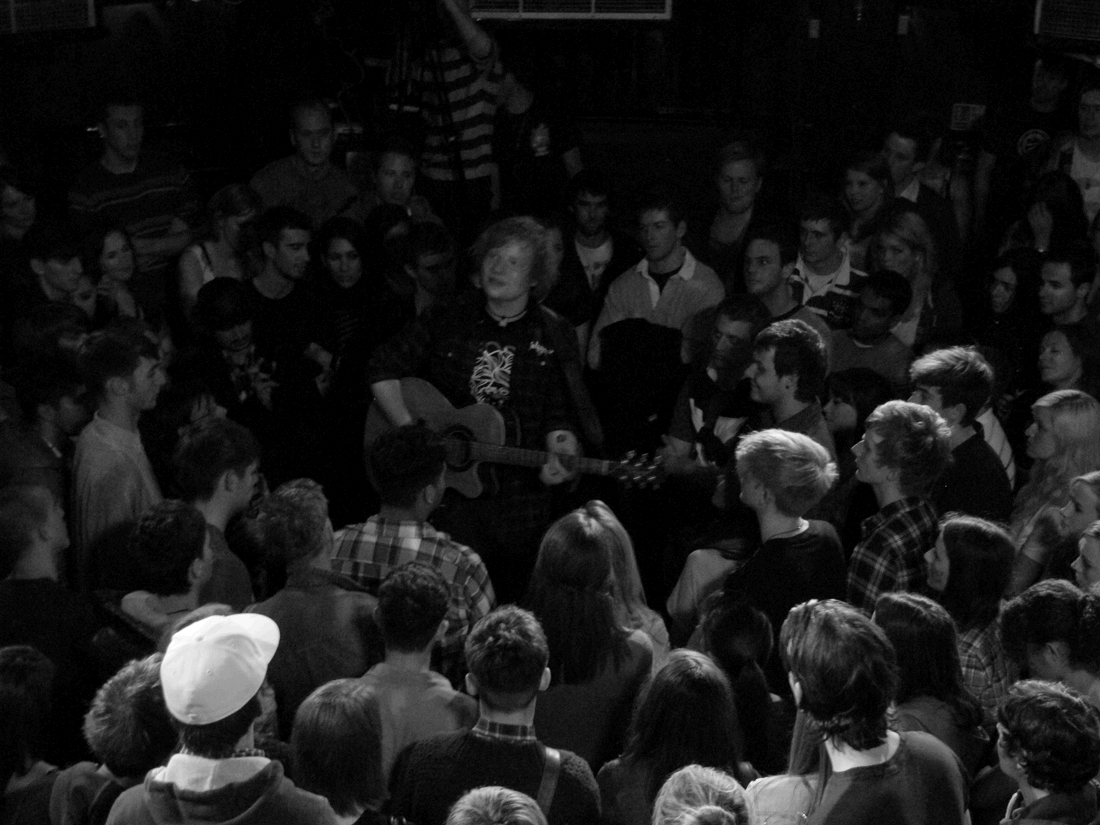 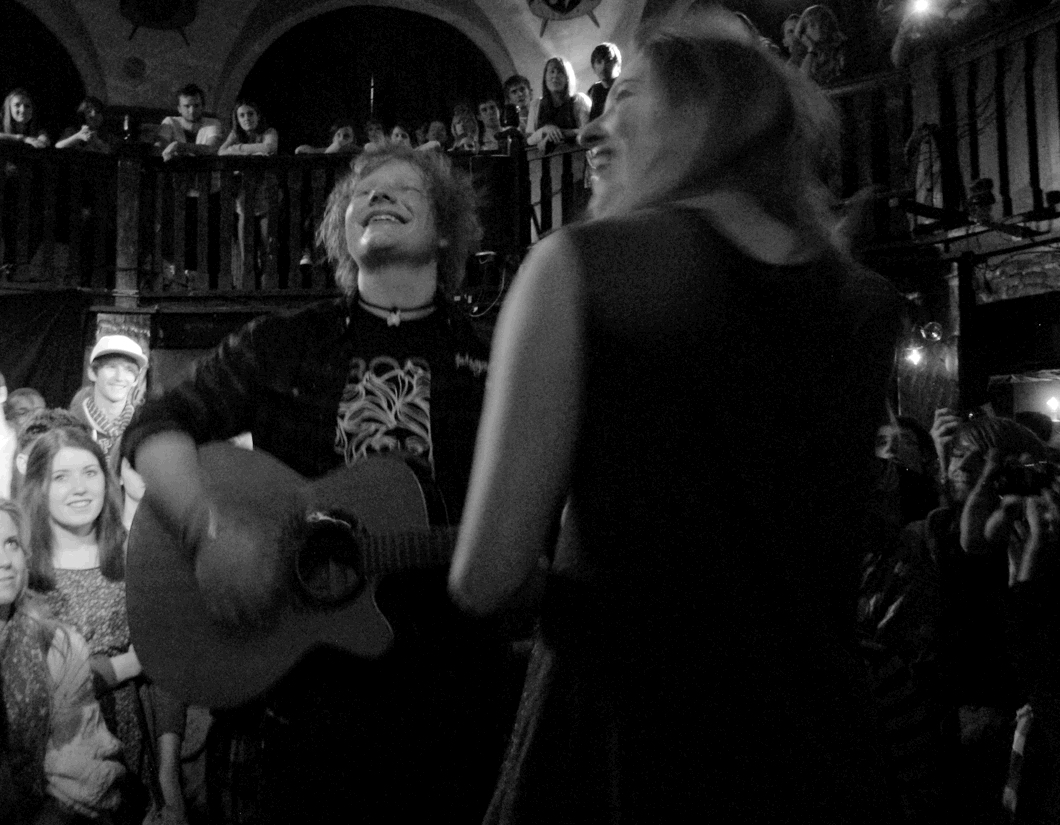 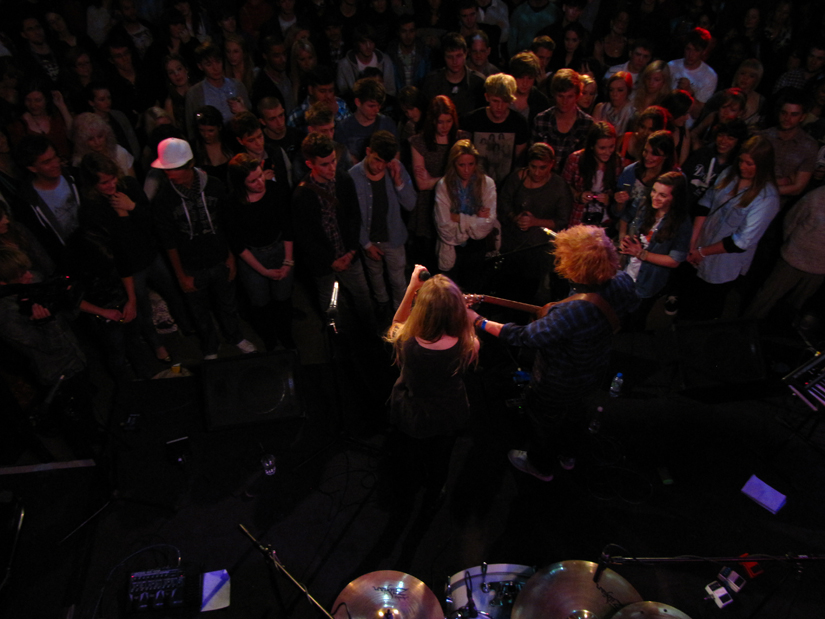 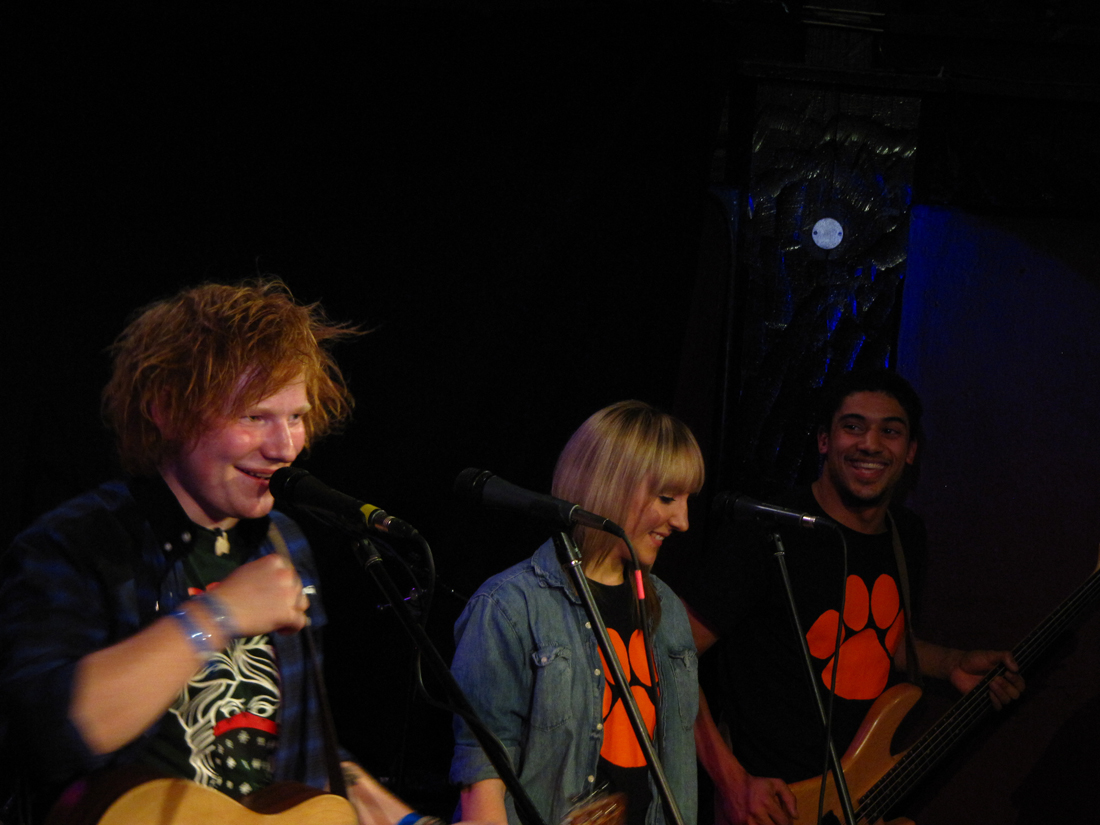