I haven’t enjoyed an R&B gig this much in ages. En Vogue put on a stellar performance tonight, I’m just upset it took the nearly two decades for them to rock London.

They had it all; presence, swagger, sassiness and utilised their epic back catalogue of tunes to full effect.  After only 15 minutes I was already tired from partying and singing so hard.

After a quick fire start, En Vogue turned back the years even further with a medley of classics; Ring My Bell, Rolling Down The River, Lady Marmalade and Ain’t No Mountain High Enough were sung with all En Vogue’s glory… before sending Indigo2 in to a frenzy with a warm rendition of their classic slow jam Giving Him Something He Can Feel that would have made many a musician proud.

The crowd was on a high, I was on high, voice was nearly gone… surely it couldn’t keep getting better? Whatta Man picked the tempo back up, however it was with the opening chords of Don’t Mess With My Man from Dawn Robinson’s Lucy Pearl days the O2 went wild and never looked back.

Free Your Mind was full of rock-led flavour – hands being thrown around as if it were U2 at Glastonbury.  The energy kept rising, voices kept rising, even the ones that started to creak kept singing along like they were auditioning for X Factor; this wasn’t a gig, this was choir practice!

Indeed it was choir practice for Don’t Let Go, the highlight of the evening, En Vogue supplied an almost cinematic rendition, joined in unison by the fun-loving crowd; mass karaoke. They teased in to Hold On, by extending out the intro as long as possible… and then just as everything reached its peak, it was all over far too soon.

The only downer on the night was there being no encore.  They may have played most of the classics, however there were still many they could have left us with.

From when I walked in to the Indigo2 and everyone was bubbling away to the old school music, I thought with a crowd this jovial it was gonna be a good night.  There was something in the air.  I just didn’t expect to be this good (they even played Lies & Riddle – come on).

Cindy, Dawn, Maxine and Terry, thank you. Just don’t leave it another 18 years before you come back!! 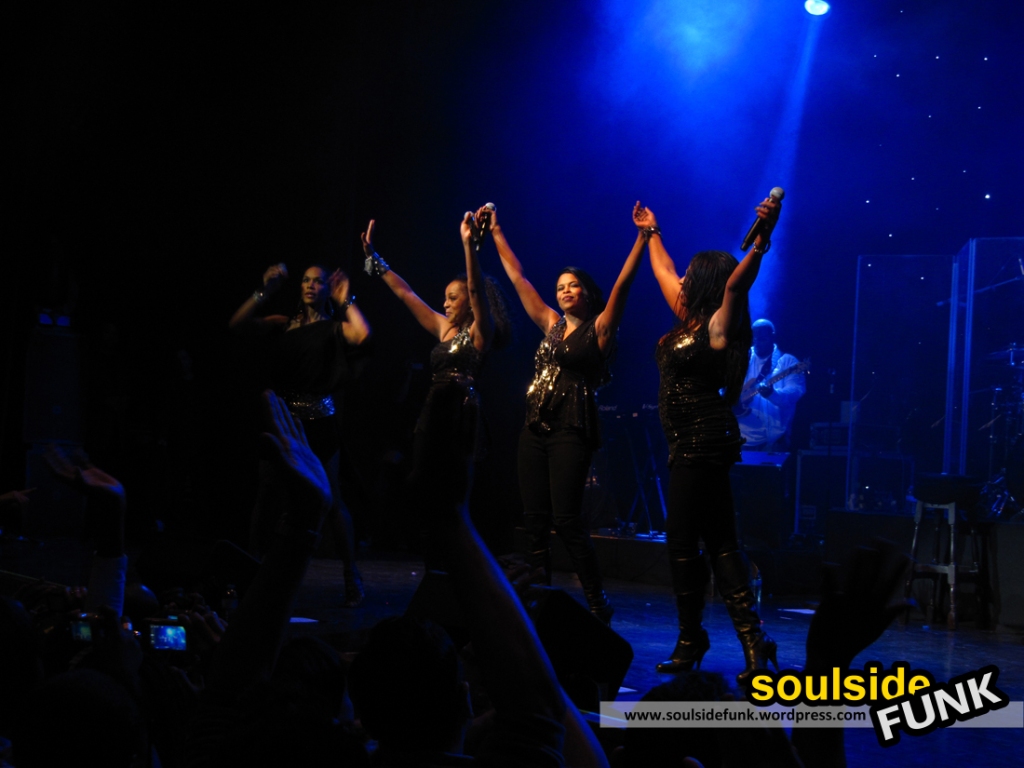