If Leo decided to go on to X-Factor he would probably win hands down.  His set as part of the festivities to turn on the champagne inspired lights at St. Pancras was full of crowd pleasing covers.  Each one with a tweaked vocal to make it more “Leo” and a healthy dose of fun and sarcasm.

The set was eclectic, and certainly warmed the hearts of those braving what felt like sub-zero temperatures in St. Pancras station.  Coldplay’s God Put A Smile On Your Face was followed by Destiny’s Child’s Emotions.  Both performed in his own unique style; husky vocals floating on top of a piano accompaniment.  It was smoother than silk, and sung like a true 50s crooner.  Matt Cardle would have been jealously salivating!

Nothing Compares To You was followed-up by a festive sing-a-long… ok functional sing-a-long to prevent your lungs getting frostbite, to Last Christmas.  During which Leo pulled out an unsuspecting commuter to the front to sing with him.  The by time he sung Ray Charles’ I Got A Woman (made famous by Mr. West on Gold Digger) his “hardcore fans” had turned up to strip off, shout a long and do the running man.

A great festive sing-a-long session to start the season.  It did beg one massive question though; when on earth is Leo going to put out some of his own music?  I think the UK music scene would be a far better place if he did. 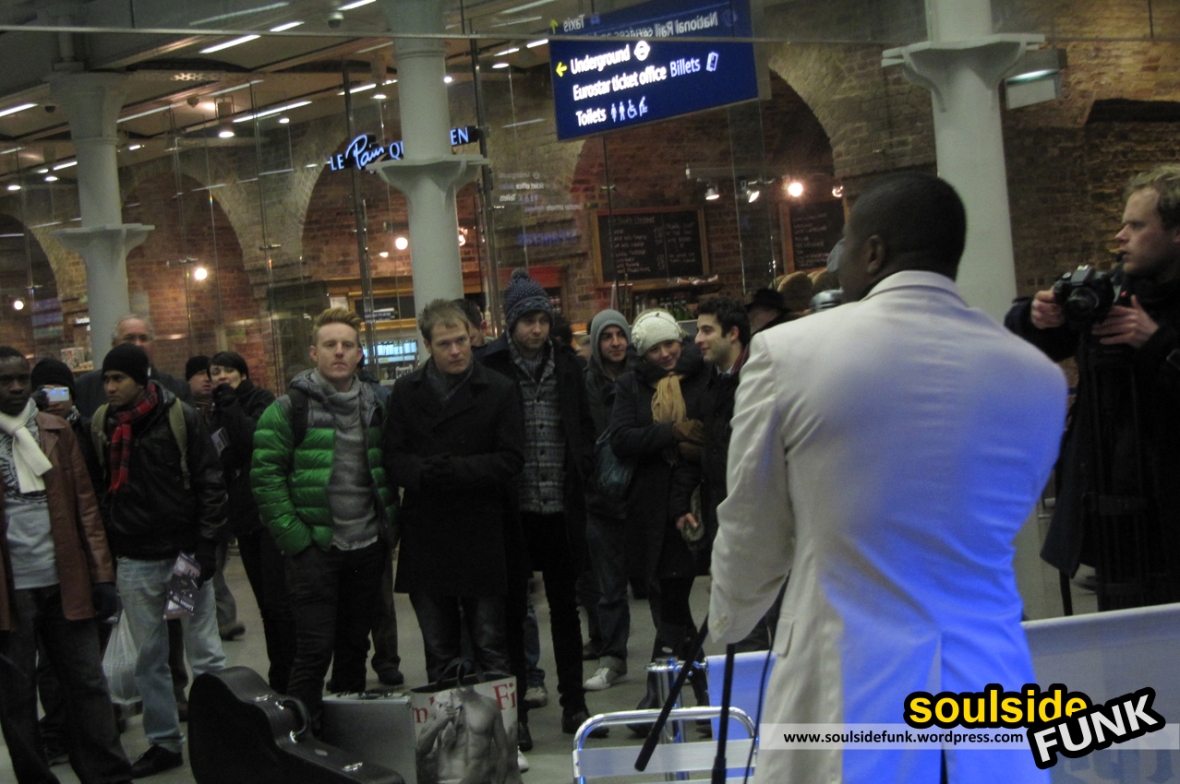 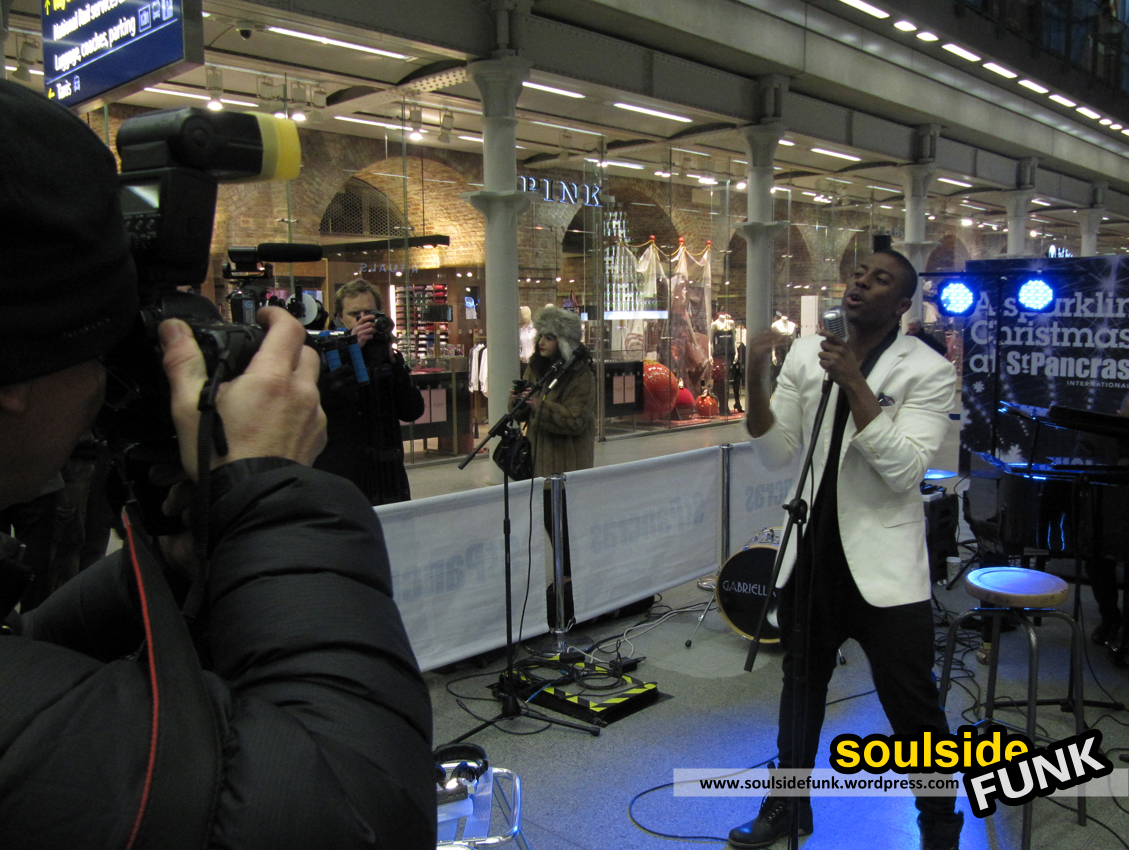 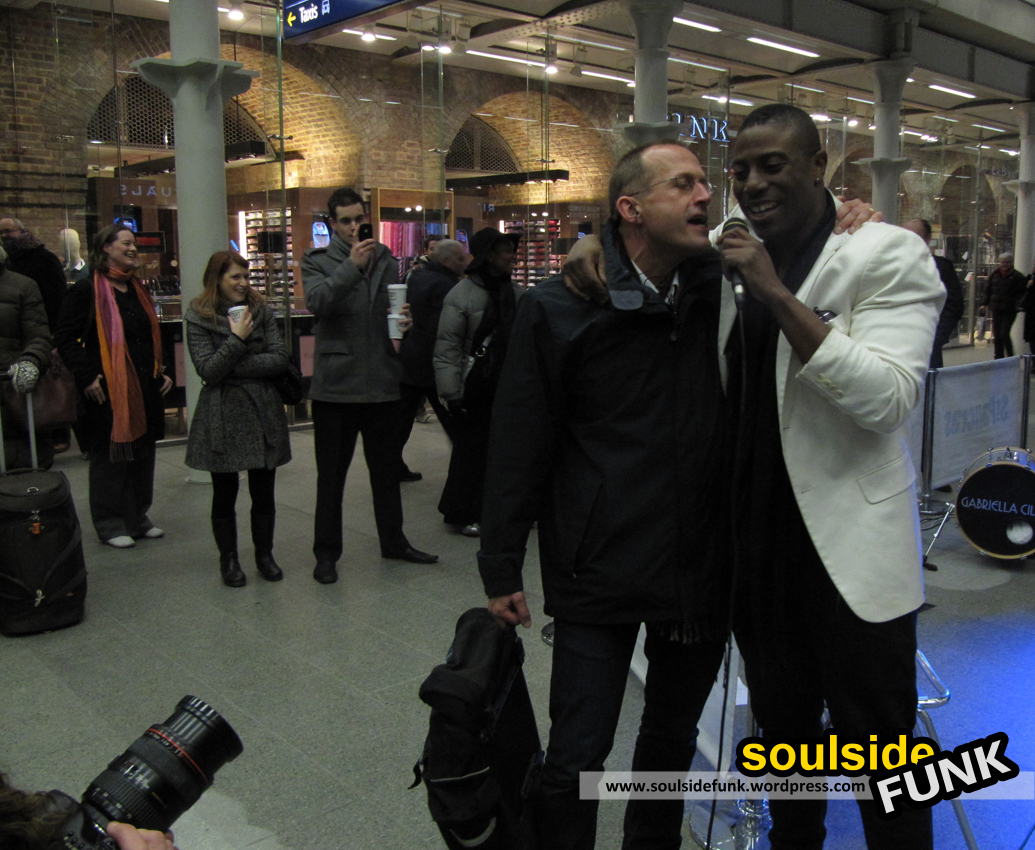