In an interview last week Christina Milian said that since splitting from The Dream, she’s had to go back in the studio to work on her new album Elope.  A lot of the songs, written and produced by him now need replacements.  While listening to Vivian Green today (significance of which i’ll get to later) I had a thought… Christina Milian should work with Eric Roberson.  No, I have not hit my head or injected large amounts of some unregulated narcotic.  I seriously think; Christina Milian + Eric Roberson = super album. 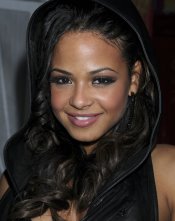 Christina’s had a tough time in the music industry over the last few years.  Since, turning down S.O.S. to instead work on So Amazing with her then boyfriend Dre (from Cool & Dre) she has struggled to get a break.  She receives a lot of hate for seemingly no reason.  So Amazing was a decent R&B Pop album, largely shunned because people seem to dislike her and not the music.   She and Dre broke up.  She hooked up with The DREAM.  Recorded a lot of Elope… then they broke up.  Note the developing pattern.

Eric Roberson is married.  This cycle would be broken.

Milian has a strong voice, one not to dissimilar from Vivian Green.  Eric and Vivian have made some phenomenal music together.  It was this morning, iTunes on shuffle, that I heard Emotional Rollercoaster followed by Dip It Low and the brain wave hit.  I imagined Milian singing Green’s record and it just worked.

Christina says she wants a new direction.  What better way than to make music with one of the best song-writers in the world.  It would add a sense of integrity to her music she has never experienced before.  And be a revolution in the R&B/Pop world. 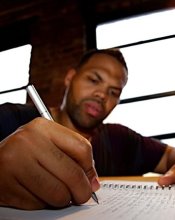 Don’t be fooled this is not a one way relationship.  Roberson could hugely benefit from this union too. Eric is without a doubt one of the best song-writers in the world, yet his music still lacks universal recognition.  Despite gaining some notoriety lately, he is still largely unknown.  Working with a high-profile artist like Milian (her performance at LA Fashion week was even mentioned in The Sun) would help his music gain the recognition it deserves.  We would ALL benefit because some fantastic Roberson produced music would be played in the clubs, on the radio, in everyone’s cars at the traffic lights…

I really really think this could work.  They would need to throw a spinner, catch the haters off guard by giving Christina a pseudonym, something credible, something Neo-Soul; Libra, Nakupenda, Collette Black, Yellow Daisy, something like that… and she would probably have to grow an afro (just joking about the afro, she got good hair!).  Then, release a 5 track EP on bandcamp.  Send the internet crazy.  Then wait.  Leak another few tracks… then reveal.  All the blogs and websites which hated on Milian, would have to eat their words after heaping praise on Roberson’s new protégé!

Milian is finally judged by the quality of her music, rather than by the opinions of spiteful journalists and DJs.  Roberson is lauded with praise, picks up Grammy after Grammy and has everyone queuing up to work with him.  The music on the radio becomes great again, and everyone’s life is improved ten-fold.   To top it all off we get a combined Roberson & Milian gig at Bush Empire!