Mark Hill, one half of the Artful Dodger is back, and a big smile is on my face. It’s like we are back in 2000 again and its beautiful.  2-Step is well and truly back on the menu and sounding even sweeter than before.  His comeback single, Could Just Be The Bassline, was released yesterday which is another ode to old school UKG.

This remix of Cleo Sol oozes nostalgia and I hope it kick-starts a small revival in 2-step.  Shoot, all we need now is Craig David and Mark Hill to do a song and 2-Step will well and truly be “back in da house”.  I wonder if the Pure Silk is still going?

A few days ago I was wondering “what happened to Kreesha Turner”.  Quick search on twitter and some help from @iQward and I discovered the Canadian R&B/Pop singer has new music out… which couldn’t be more removed from her R&B/Pop beginnings than Wegner is from the transfer market (low blow I know…).

Rock, Paper, Scissors is a tropical sounding house record; big beat with a dancehall twing.  I’m liking it a lot and hope it’ll get some play this side of the Atlantic too. 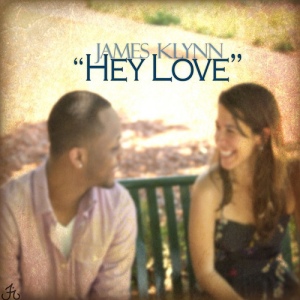 So… my love hate relationship with hip-hop continues.  One minute Pitbull releases music… then the next I come across a great song like this.  Kaya combines beautifully with James Kylnn on this soulful record.  Kaya’s part is sung perfectly, as if it was a sample lifted from a 70s soul record.

James’ verse is quickfire and assured, sandwiched between Kaya’s vocals.  Her vocals may make this record, however James has crafted a truly stand-out hip-hop record.  I applaud, toast and bake a cake to this one.

Donaeo is like a dark-horse on the UK music scene.  His music is consistently a cut above, reminding naysayers that Funky can produce stunning music; I was testament to that.  Whilst not reaching that mantle (not sure much else on the funky scene will) this is another great record.  Supported by Terri Walker, who is now firmly on the comeback trail, this may be too mellow for the clubs, so I just hope it becomes a staple last song, or gets play-listed because this is a record that needs to be heard, and Donae’o is a an artist that deserves every piece or recognition, plaudit and support he gets.  …that said, I don’t think I have ever seen him smile in a photo, just sayin 🙂

This one gets a full release on October 10th