First off, just want to wish the best to all those affected by Hurricane Sandy.  My heart goes out to not just those who were affected in the US, but also those in Canada and the scores who died across the Caribbean.

My philosophy on good music is simple; it doesn’t matter how or when you find good music, all that matters is that you found it.  So the fact I am very late on this one does not matter, all that matters is that I found it!  The bass is heavy, the guitar licks are reminiscent of the XX, just with vivacity, energy and raw power, yet the vocals just as complimentary  in their softness at times.  It all makes for a wickedly strong and pleasing cocktail with enough of a mellow after-taste to keep on drinking for the even harder shot next time round!

They are playing Hoxton Bar & Kitchen… and I was too late to buy tickets (like I was late on the song), so will be sitting around pretty depressed on 19th November (anyone who knows me has been warned!).  Phantogram are definite on my list of need to see live – don’t really care I discovered it over a year after release; I could have discovered it for the first time in 2025 and it would still have made me feel passionately alive!

Amber Ojeda – My Heart Is A Whore

I.  Love.  This.  Record.  It’s funny, it’s creative and has a hypnotic beat which soothes and compliments the song’s content about the yearning lust for love wherever she goes.  Then just as the song has you in trance it breaks down in to a mellow, space-aged nu-jazz break which adds a new dimension to an already mouthwatering record.

Amber Ojeda is another artists who deserves a lot of credit.  Space Bar Love was a solid album and this extends her ever growing repertoire – looking forward to a lot more in 2013! 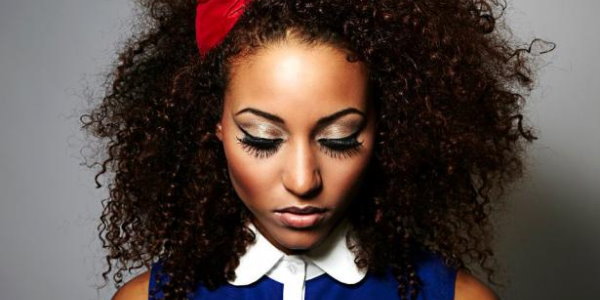 Back at the start of summer I praised Kamilah Sumner for released an EP heavily steeped in the R&B sound from the late nineties; not quite new jack swing yet still playful and meaningful.  Little did I know 2012 was going to be bit of a renaissance with a number of people releasing jams which really throwback to the days when the R&B charts was just that R&B not dance songs parading a it.

Kyra’s Good Love is sampled to the max, and with joyful lyrics.  Could easily close your eyes and be transported to the summer of 2000.  Fingers and toes are crossed for this vibe to penetrate more of the music she releases in the future (and that she can keep the Dark Side – Dance music R&B at bay)!  Kyra if anyone asks you to do a song like David Guetta or Chris Brown just say no and run girl… sprint fast as you can!

Broken is the first of two songs I have featured recently which now have videos so I am featuring them again just because I love em so much!!  I absolutely love the 2-step vibe Mike Delinquent and Kcat produce.  Every record just takes me back to a time when the summers were hot(ter), the airwaves full of pirate radio and when you could still buy tape packs (shoot back when people under 18 actually knew what tapes actually were!).

It is impossible to listen to this without having a little bubble and bounce.  Released next week, make sure you support.  If nothing else it can serve as a public service video to warn people of the dangers of not looking where you are going!

The youtube video suggests an album may be coming next year which is nothing but great news… looking forward to a headline gig sometime soon too!

Amy Lynn & The Gunshow – Clearly Its Me

A charming and humorous record gets a suitably delightful video to match.  Set at a wedding, it captures the melancholy humour to a tea.  Another great record, from a largely unknown band who really deserve to be heard more.

Ps. Just read that back, I was in a really good mood this week!  Five cracking record though, really looking forward to the songs which find me next week!