Part XX, part Dev era Solange, a touch of the Weeknd, and a whole lot of mystery is how I will try and explain this record from duo Heartbeat.  Strong, soulful vocals over a beautifully warm quasi-dance beat creates its own perfect fit (forget the relationship she’s singing about).  The way Heartbeat fuse R’n’B with a sense of indie makes for a compelling listen making you pay attention to the heartfelt tale of love lost.  Great record, dare I say ground-breaking, this is special. 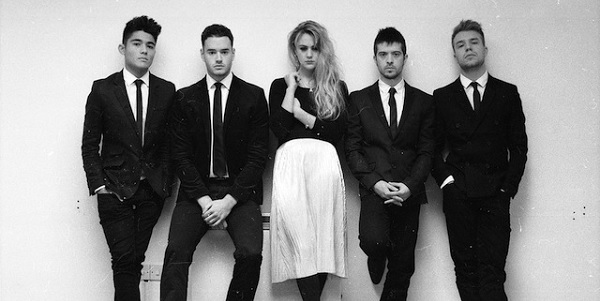 Lexy and the Kill – Oh

This is one of those record that just feels big.  I like the subtle way it begins; deep strong piano, and then just builds before collapsing away again.    It keeps drawing me in further and further as I try and piece the story together.  Hope I can catch these guys play live again soon.

To be honest I had no idea Eliza Dootlitte had a new album coming out, so when searching for some of her old jams on Spotify seeing In Your World pop-up was a nice little surprise.

The album may just be my guilty pleasure of the year with my pick of the tracks being Checkmate.  It may not be the best song on the album for many, however I just love it to pieces.  I love the imagery it conjures up; listening to it creates a vivid, technicolour picture of an Alice in Wonderland-esque battlefield.  They could go to town on a video, my mouth just waters at the possibilities (as long as they have the budget of a small Hollywood movie!), it could be monumental.

The lyrics are fun, “someone told me romance was dead / send him to the tower and cut off his head”, and the beat is unashamedly over-produced.  This all makes for an  epic experience, especially towards the end as extra drums, strings, trumpets, you name it are thrown in as Eliza delivers her final battle cry, “You should run away / cos you’ll never get past me and my army!”  A great great great pop record.  This neeeeeeeeeds to be a single!

And from that madness to something a lot more avant-garde.  A new discovery (for me) which sees Kele’s soothing voice over a punchy disco-tinged indie record.  I have no idea how something so funky escaped my ears for so long. Cracking record, even if the video is a little disturbing!

And the last thing to say, if you haven’t already donated to help the Philippines after the horrific typhoon please do.  I was lucky enough to travel to Leyte and spend time in and around Tacloban a few years ago (also passed through Cebu, another area which has been devastated), it was a truly beautiful place with some of the friendliest people you will ever meet.  So whichever charity takes your fancy; Medicin Sans Frontieres, The Red Cross, Unicef, or any one else, doesn’t really matter who, just give what you can if you can.  Peace.