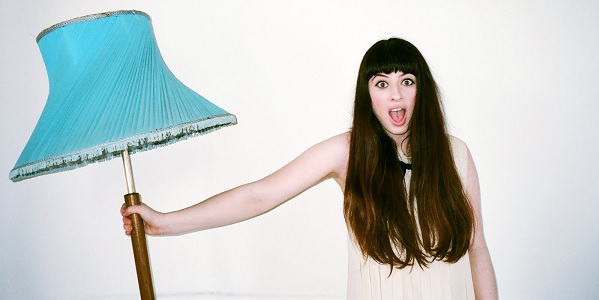 If you don’t already know who Foxes are, by the end of 2014 I am pretty sure you will.  Foxes first came to my attention when I heard them feature on Rudimental’s Right Here.  Lead singer Louisa Rose Allen’s vocals instantly captured the imagination and I was pretty much hooked. Foxes deliver a sound of playful, youthful euphoria, which feels like that release at the end of a hard week.  This sound translated live on stage should be exhilarating so I will be packing my dancing shoes!

I have a feeling Foxes will get a bit of support this year (I am surprised they missed out on the BBC Sound of 2014 shortlist though) and this will be one of those gigs for which I advise you to buy tickets early if you plan on going.  It is setting up to follow an all too familiar formula.  Their next single, Let Go For Tonight, is due out 23rd February.  This will (if all is fair and good in the world) fire up the charts and with their debut album, Glorious, due out the following week Scala will probably sell out as soon as Sunday’s chart countdown has finished.  From then on the only people offering tickets will be the vile and shameless online tickets touts.

Don’t say you haven’t been warned.

Tickets are still available from various outlets (here’s a link for Seetickets) and are £10 (+ fees, expenses, donation to the sellers’ Christmas party etc., etc., etc..).  A date would be helpful too!  The one for your diary is Tuesday March 4th (and venue is Scala, Kings Cross if you missed it).